I had had dinner at Artist Point during four of my last six trips to Disney World with slightly mixed results.  The first two of these were pretty good, the third was excellent, and the last was not good.  So I was hoping that this dinner would be more like my earlier visits to Artist Point and a great improvement over the last.  So let’s see how it went, shall we?

My brother-in-law and I were seated immediately upon checking in at the Artist Point desk.  Here are photos of the menu which we were given…

After placing our orders we were brought the usual basket of Artist Point sourdough bread and butter topped with sea salt, which is always good.

Not long after, our appetizers arrived.  My brother-in-law enjoyed his choice…

I again went with my usual appetizer choice here…

And a close-up view…

This was again very good, however I noticed that the price had jumped from $10 to $12 (a 20% increase in just one year’s time).

My brother-in-law was also happy with his entree…

We both agreed that his entree choice was far better than mine, which was the…

This was my 4th steak of this trip (Monsieur Paul, Yachtsman Steakhouse, and The Wave were the other three) and was my least favorite.  Having run into some problems on this trip with ordering my steaks cooked medium and receiving very red, undercooked meat, I decided to bump up the temperature and order my filet cooked medium well.  This was the completely cooked (no pink whatsoever) and very dry, tasteless piece of meat I was served.

Very disappointing!  When paying $48 for a steak I would expect for it to be cooked to the temperature ordered, Medium Well. 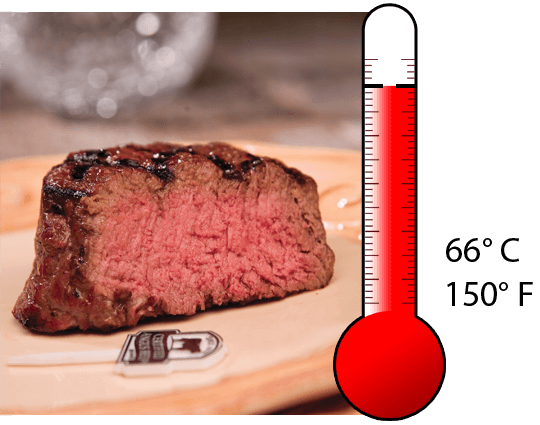 Now I could have sent this back to the kitchen and had them start over with a new steak.  However, my brother-in-law was driving back to Tampa-St. Pete that night so I didn’t want to delay our dinner for that long.  So I drowned the meat in the herb vinaigrette, which made it edible.

I did have better luck with my dessert choice…

Ever since I tried Artist Point’s signature dessert back in 2012, I’ve always ordered this and I’ve never been disappointed.

My brother-in-law ordered the creme brulee, which would have probably been my second choice.

Cookies and donuts rounded out the four options on their dessert menu, plus there was a cheese plate.

So I seem to have developed a formula for success when dining at Artist Point.  As long as I stick to ordering their signature dishes of mushroom soup, salmon entree, and cobbler dessert, I have (more often than not) left completely satisfied.  But my attempt to order something different, even if it was something basic like a filet, fell flat.  So whenever I do return to Artist Point I will most likely stick to the tried and true.